Think before you drink: alcohol's calories end up on your waistline

Alcoholic drinks should all carry calorie counts according to a leading UK public health doctor writing in the BMJ today, because of their contribution to obesity. Fiona Sim, Chair of the UK Royal Society for Public Health, writes that while adults who drink may be getting as much as 10% of their daily calories from alcohol, most people are unaware drinking contributes to their energy intake. 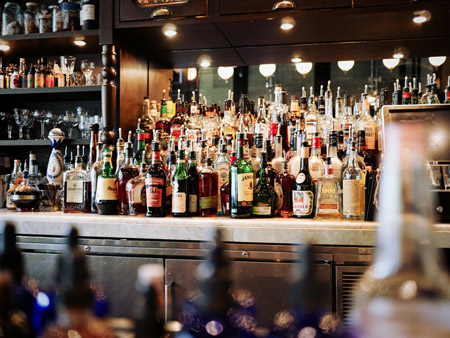 Although her data are from local surveys, Sims is absolutely right in highlighting the silent role of alcohol on weight gain. The lack of information about the energy content of alcoholic beverages is likely contributing to an underestimation of consumed energy.

Given the equilibrium between “energy in” and “energy out” is a constant balancing act when aiming for a healthy weight, it’s important to be aware that alcohol is worth almost as much as fat in terms of the energy it provides. And the best way to inform people of this is by highlighting the number of calories on the labels of alcoholic drinks.

There are seven calories in every gram of alcohol. In comparison, a gram of carbohydrate or protein yields four calories, while one gram of fat has nine calories.

The amount of alcohol that gets stored in the body as fat rather than being used as immediate fuel depends on how much you drink, the availability of the vitamins and minerals needed to metabolise alcohol, and how much fuel your body requires at the time.

About 20% of ingested alcohol is absorbed into the bloodstream from the stomach. The remaining 80% gets absorbed in the small intestine like food. This happens quite quickly as alcohol doesn’t need to be digested first.

Alcohol travels freely in the blood, which is why levels are tested by checking blood-alcohol concentration. It can’t be stored but spreads in body tissues and fluids - wherever water is present – until it’s metabolised. For the most part, this is done by the liver, although some alcohol metabolism occurs in the stomach too.

Alcohol is metabolised as a priority over other ingested energy-containing nutrients because it’s a toxin. The estimated amount metabolised by the liver in an hour is between seven and ten grams.

The alcohol content of a beverage is indicated by percentage of the volume of pure alcohol contained in 100 millilitres of that drink. So a 375mL bottle of beer labelled 4.5% alcohol per volume contains 4.5mL of pure alcohol for every 100mL of beer. That’s 3.6 grams of alcohol in every 100mL and 13.5 grams in the bottle.The energy in an alcoholic beverage includes the calories from the alcohol itself, as well as additional non-fermented starch and sugar in beer and wine, or added sugar in mixers, such as the tonic in a gin and tonic.

A 150mL glass of red wine with 14% alcohol contains on average 120 calories; a bottle, which is 750mL, contains 600. So, if you’re sharing a bottle of wine with your partner at dinner, you’ve had 300 calories even before you start to consider the energy content of your first bite. That’s the equivalent of a cup of chunky vegetable soup, a slice of wholemeal bread with a teaspoon of butter, and two slices of prosciutto. 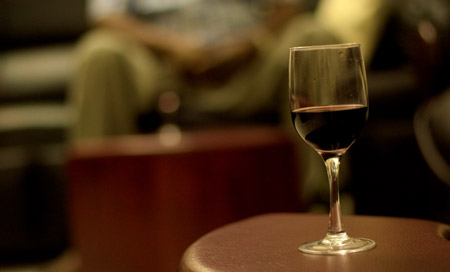 Mixed drinks and cocktails contain at least 30mL (one nip) of spirits and liquors, which have between 30% and 90% alcohol per volume, and soft drink, juice or sugar syrup. On average, a gin and tonic has about 140 calories, while a Margarita has around 170 and a Mohito comes in at approximately 145.
Premixed drinks are diluted to contain similar alcohol concentration to full-strength beer, but also contain a mixer, usually a soft drink, which boosts their calorie content.

What you can do

Given that the average woman needs around 2,300 calories a day while men need about 2,750, having a few drinks after work can add a substantial amount of “empty” energy to your day. It’s called empty calories because you’re supposed to get all the vitamins and minerals you need for good health while getting your daily estimated energy requirements.
You can do that with food but alcoholic beverages are nutrient-poor, or “nutrient empty”; they provide calories but insignificant amounts of vitamins or minerals. There are claims that beer and wine contain some nutrients but the amounts are so low that their impact is negligible.
So what can you do while waiting for governments to actually get around to mandating caloric information on the labels of alcoholic drink?

1. Inform yourself of the energy content of alcoholic beverages by volume consumed and compare this with the energy content of food items.
2. Ask for unsweetened options for mixers, refill your glass with soda water before it’s empty and be aware of “on tap” alcohol content and the volume you order.
3. If you’re planning to drink, choose alcohol with the lowest number of calories. Choose light beers, for instance, and make low-alcohol cocktails at home by halving the nip of spirit and using diet soft drinks, carrot or tomato juice or sparkling water. There’s a variety of low-alcohol and lower-calorie wines to choose from.
4. If you’re planning to drink alcohol, remove other “discretionary foods”, such as chocolate bars, muffins and slices, from the day to keep your energy intake balanced.
And, of course, always drink in moderation, because alcohol is toxic to your body.
Veronique Chachay, Research & Teaching Academic , The University of Queensland