﻿Have you ever considered cutting down on the amount of alcohol you drink, or even stopping completely?

It's not that you have a big problem with alcohol but there are some things about your relationship with booze that you want to change.

You might be reflecting on your indulgent holiday period and want to take a step back, or perhaps you've noticed your drinking is stopping you from doing other things.

So how do you get started? While a break from booze will look different for each one of us, there are certain strategies that can really help if you want to stop drinking (even if it's just for a while).

"Telling other people about your plans to stop drinking can help you be accountable to your goal," Dr Arunogiri says.

It doesn't have to be just friends or family, it could be an online community.

"Things like Feb Fast and Dry July have the potential to help people continue beyond the month, and offer community-wide connections saying: 'It's OK to not drink'," Dr Arunogiri says.

"In the long run if you want to make a sustained change, then it usually requires more than one person helping out."

Sarah MacLean, an alcohol researcher from La Trobe University, says if you find it hard to talk to friends about cutting out alcohol, an organised community, like Hello Sunday Morning, can be a good way to start.

"When you're with a whole lot of other people who are involved in changing drinking patterns, that makes it easier to talk about and explain to other people why you've decided to change how you drink," Dr MacLean says.

Abrupt stop or cut down?

It's really up to you whether you stop drinking all alcohol straight away or reduce your intake slowly, says Dr Arunogiri.

She says if you've never had any physical or mental withdrawal symptoms from stopping drinking alcohol in the past, then it's probably safe to drop to zero drinks straight away.

"But the question is whether that's going to be easy to maintain," she says.

"It might be easier for some people to maintain if they slowly reduce [alcohol intake] over time. But it's also very tied to the context of their drinking."

Avoid places where you'd normally drink (for a while)

Everyone knows how hard it is to drop a bad habit, or start a good one, whether it's exercising regularly, quitting smoking, or beginning a healthy diet. This is made only harder when alcohol is at the heart of so many social events, making it difficult to say no to a drink.

Whatever your game plan, in the first few weeks it can really help to steer clear of events where lots of people are drinking, says Dr Arunogiri.

"Try to hang out with people during the day rather than the evening — that sort of strategy can help at the start," she says.

Swap evening drinks at a bar for coffee at a cafe before work. Or meet up with a mate for a walk or swim on Friday night instead of heading to the pub.

"Then it can become easier to reduce and refuse drinks altogether if you're in an environment where there is alcohol around," Dr Arunogiri says.

Adapt your routine and plan ahead

Changing some of your routines, including shifting to socialising in places where alcohol is less in your face, will be challenging. But keeping friends and family in the loop will make that easier.

Plan to arm yourself with some one-liners that you can throw out to your friends or colleagues as to why you're not drinking, says psychologist Michelle Jongenelis from Curtin University.

"It's a shame that we do have to come up with excuses for why we're not drinking, rather than just saying 'I'm not drinking for my health', but it still seems unavoidable," Dr Jongenelis says. It can be as simple as saying you have an early start the next morning. 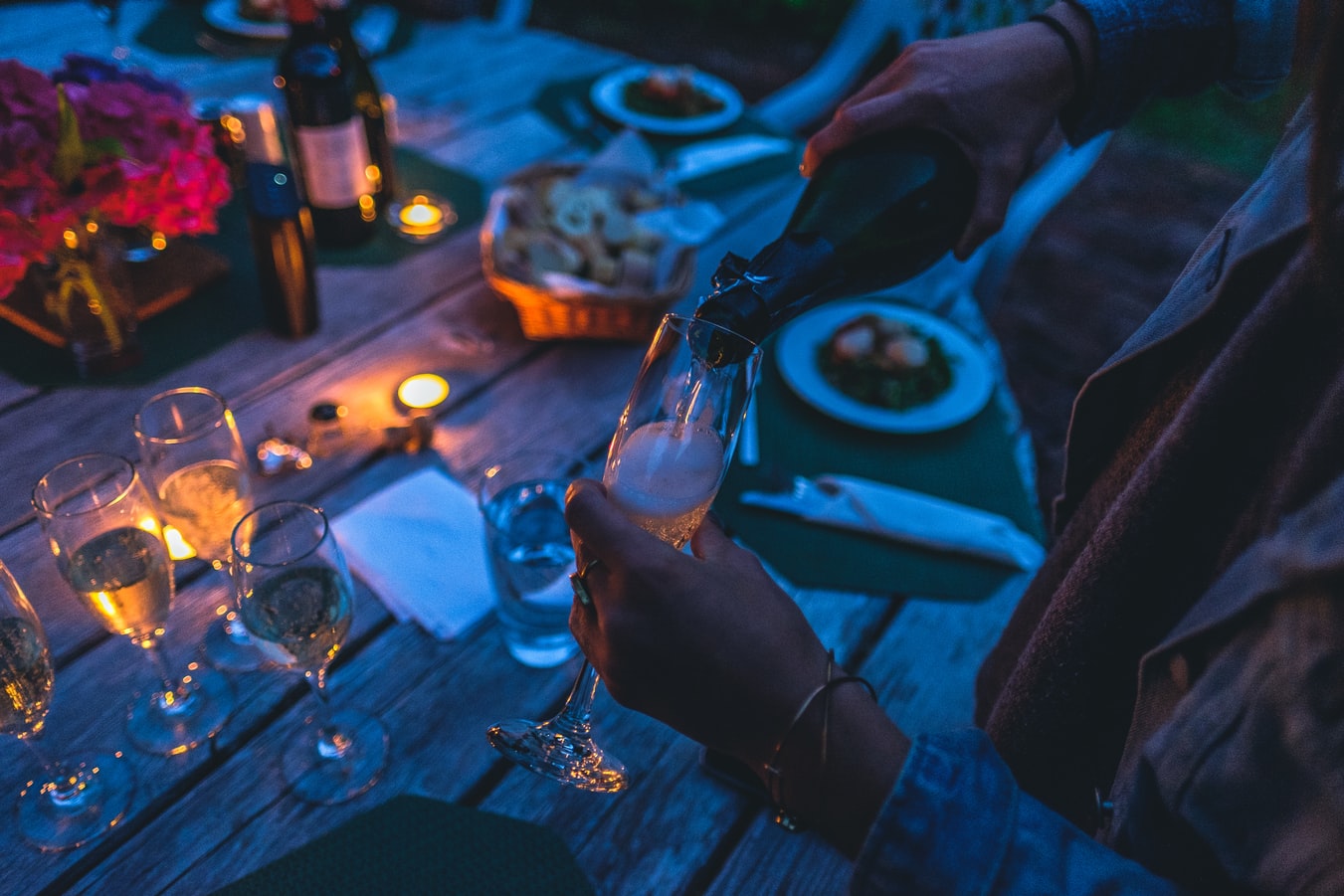 If you want to cut down slowly, there are some simple steps that can help.

"The best strategy we've found [for reducing alcohol] is getting people to count their drinks," Dr Jongenelis says.

"Set yourself a drink limit, and every time you get a drink make sure you're taking note of what number drink it is."

Dr Jongenelis' research suggests you're more likely to reduce the number of drinks you have if you:

When you're at home, it's all about making alcohol less available. So don't buy alcohol as soon as the fridge or drinks cabinet is empty, and don't use online alcohol purchasing and delivery services.

Set goals and reflect on them

Keep yourself on track by setting small, achievable goals with timeframes so that you and the people supporting you know the plan, says Dr Arunogiri.

And as is always the case with any behaviour change, it's important to realise "there are always going to be setbacks, and going into it expecting them is more realistic", she says.

To start again after a lapse, Dr Arunogiri suggests you can:

She also emphasises you shouldn't punish yourself for a slip up.

"Behaviour change is hard because humans are wired for habits," she says.

"It takes a few goes. The important thing is getting there in the end."

Down the track, step back and reflect on how things have or haven't changed — and be proud of yourself for any progress you've made.