Giving up alcohol isn't easy, but after 30 days I'm already reaping the benefits

On the first day of my abstinent year — having quaffed cheap prosecco while partying until midnight in a kind of panic — I woke up with a nasty hangover.

It was the anxiety-inducing kind necessitating a dark room, cold shower, swim at the beach and hot salty chips to restore any semblance of humanity.

A month into my year without alcohol, I feel worlds away from that wretched creature who woke up to 2019 cracking open one bloodshot, puffy eye and cursing her appalling life choices.

The things I love about being booze free include, better sleep, feeling calmer and dropping 4 kilograms without trying too hard.

But as I celebrate this first significant milestone, I won't sugar-coat it and pretend it's been a complete walk in the park.

This change has required careful attention and a lot of work. It's involved a lot of reading and reflection, along with an honest assessment of my bad habits and a clear desire for change — and a bunch of very helpful people willing to hold my hand through the difficult first 30 days.

Here's what has helped me arrive at this point — and motivate me to keep going.

I had to prepare for a major change

There are a number of paths you can take if you're wanting to cut back on drinking, and I chose to start by visiting a GP a week or so before I quit. This helped me get a better picture of how alcohol was affecting my health and wellbeing.

I went to Dr Chris Davis, who specialises in helping mild to moderate drinkers quit alcohol through a holistic program including access to, if desired, services like a dietician, exercise physiologist, nurse clinician and counselling.

I found the idea of being accountable to so many people quite appealing — and the fact all services were bulk-billable or offered rebates made it doubly so.

After a thorough initial assessment, including blood tests and other baseline measurements, Dr Davis sent me on my way with instructions to keep a diary of my drinking habits over the next week or so.

He also gave me recommendations for a bunch of reading, podcasts and TED Talks.

I got a clear picture of my drinking

Being honest about your alcohol consumption is a confronting exercise.

Over the next 11 days, during the festive season, I was alarmed to discover the booze I consumed amounted to 70 units, equalling hundreds of dollars and 4,337 extra calories.

The free app I used to tally up drinks really held me to account. It showed that the two sparkling wines and two large glasses of red I consumed over the course of one afternoon and evening actually amounted to seven units of alcohol, not four, as I would have usually vastly underestimated.

On my second appointment, Dr Davis assessed me as somewhere along the lower end of a spectrum of "alcohol use disorder" behaviours.

So I'm not "an alcoholic" (you may be surprised to learn that it's not even a medical diagnosis anymore); but what does that even mean?

It's answering yes to questions like: have you had times when you ended up drinking more, or for longer than you intended?

Spent a lot of time drinking and been sick getting over the after-effects?

And experienced cravings for alcohol — a strong urge to drink?

My drinking felt like a problem — so now what?

Browsing through my pile of resources, I discovered American author and alcohol coach Annie Grace was about to launch a 30-day "alcohol-free experiment".

It's one of a growing plethora of online alcohol reduction programs delivered via emails, live videos and social networking groups.

Sensing serendipitous timing, I signed up, paying a small fee to access the version offering live daily interactive videos (pre-recorded materials are also available on the website or via email for free).

Instead of using the sheer force of willpower to resist alcohol or trying to ignore it, the program asks you to think deeply about it every day: to reflect on why you drink and your beliefs about how alcohol enhances your life — and then interrogate whether those beliefs hold true.

One of many beliefs I decided to challenge was that alcohol helps me to destress.

But does it really?

When drinking leads to hangovers and waking up flooded with pain and regret and shame and anxiety, it actually creates significant stress.

So maybe the truth is… alcohol stresses me out. 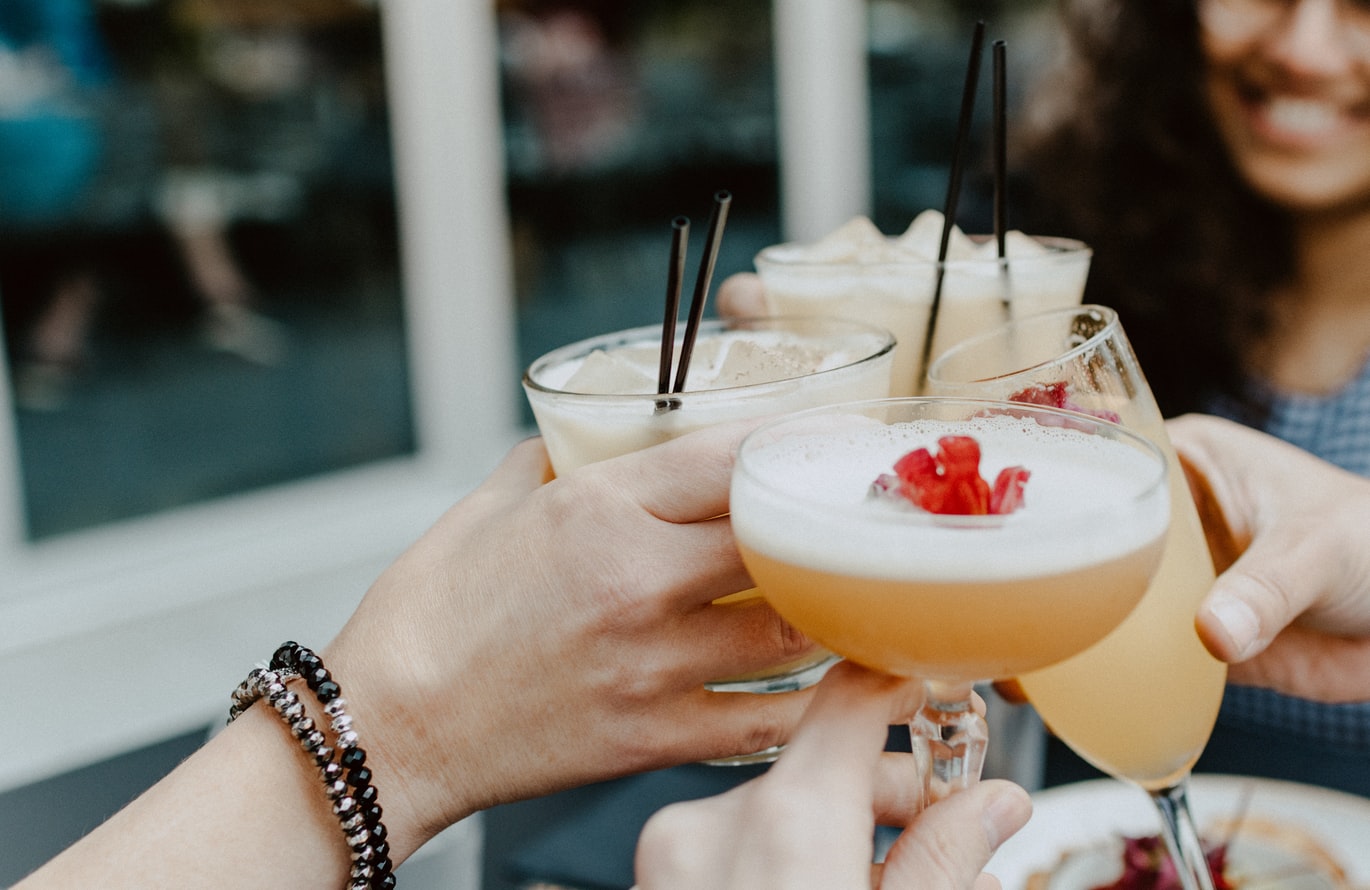 Another belief I challenged was that alcohol makes nights out more memorable and fun. Yeah… nah.

In reality, after a few drinks I forget conversations and experiences I would otherwise have a sharp, pleasant memory of.

How can I be sure I had fun when blackouts scrub the memory clean?

We were encouraged to unpick and examine all the emotional triggers behind cravings — to understand better what actual needs we might be trying to fulfil when thinking "I need a drink".

And we drilled daily into the negative effects of alcohol on the body and brain: dehydration, anxiety, weight gain, sleep interruption, cancer risks and dulled senses.

And the cold, unpopular truth that research has found is there is no safe level of alcohol consumption.

I found people to talk to

Giving up drinking and exploring its many negatives can be a lonely experience, especially during a Sydney summer, when wine and cocktails flow freely as conversation at almost every social event.

I wanted to surround myself with other people who understood what it felt like, to help me keep on track while navigating potentially significant personal and social life changes.

In the end, I was more quiet observer than active participant in conversations between the more than 2,000 people — including a surprising number of Australians — in the online group.

A few of us even met for lunch in real life.

It was comforting to witness the empathetic support system that developed; at any time of day or night as people shared stories or struggles, others were around to lend a bit of virtual support.

In real life, it can be hard to find others willing to discuss openly their relationships with alcohol, even close partners and friends, as the subject is surprisingly taboo.

I chose a couple of close friends to debrief regularly with — one who quit alcohol two years ago and now glows encouragingly with good health, and another who agreed to quit in solidarity for the first month, at least.

Having encouraging friends willing to sit and talk over glasses of sparkling water or even go with you to the gym is enormously helpful and provides extra motivation to keep going.

Sustaining change in my day-to-day life

When I returned to work mid-month, my capacity to give the program daily attention fell away and there were moments I felt snowed under by it — in fact, I didn't even get through all the material.

But even though it was repetitive and time-consuming, it was a genuinely insightful exercise to undertake.

I kept the accumulated information in the back of my mind as my lifestyle continued apace; I attended music festivals and gigs, pubs, restaurants, birthday parties, an engagement party, and a TV program launch.

All heavy on the (mostly free) alcohol. All without consuming a drop.

Initially, I struggled with a handful of sudden, fierce cravings that were probably triggered by habit: one watching a fellow diner sip red wine in an Italian restaurant and others on consecutive Friday nights, when I'd usually crack into a bottle of wine.

However, the program taught us to live with that momentary discomfort, knowing it was an emotional — and not a physiological — trigger and that it would soon pass.

Learning to "surf the wave" when cravings strike is helpful: taking a few deep breaths and pausing to let them build and crash before automatically reaching for a drink.

The rewards for my efforts so far

So far, I've been packing far more into my weekends than usual because I have a hell of a lot more energy thanks to sleeping soundly every night and undertaking regular exercise.

My mood has also been far sunnier, with no bouts of anxiety that wake me in the dead of night. And (sorry, boss) my focus and productivity has also improved.

Of course, this is where the hard work really starts.

While physical cravings for alcohol ceased after a couple of days, it's now all about tackling longstanding emotional triggers and habits difficult to break.

A month of modified behaviour and encouraging early signs of success, knocking up against a bad habit of more than half a lifetime, is only the beginning of a long process of change.

In the interests of complete transparency, strategies, programs or approaches that help one person to quit drinking won't necessarily work for another; anything I write about my experiences with them is a personal reflection and should not be regarded as an endorsement or recommendation.