A brief history of alcohol consumption in Australia

Although most Australians would probably say we’ve always been a heavy-drinking nation, the consumption of alcohol has followed a roller coaster curve since European invasion. 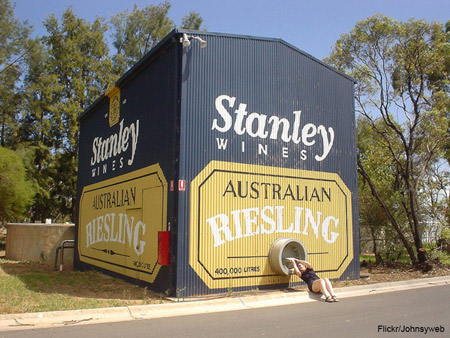 Alcohol consumption in Australia began at an annual high point of 13.6 litres of pure alcohol per head in the 1830s. It declined to 5.8 litres a year during the economic downturn in the 1890s, then to a nadir of 2.5 litres during the Great Depression.

After World War II, there was a long rise in per capita consumption to another high point of 13.1 litres in 1974-75. It then dropped again and rose slowly to the 2008-09 levels of ten litres.

There’s little doubt that alcohol is an important part of Australian culture. According to the author of The Rum State, Milton Lewis, heavy drinking was an established cultural norm transported to Australia at the time of colonisation.

It was the norm in Britain to drink heavily and gin epidemics were devastating entire communities at the time. Lewis says that alcohol in Europe had long served as a food and source of nutrition as the diets of the time were very restricted and there wasn’t a lot else to choose from. 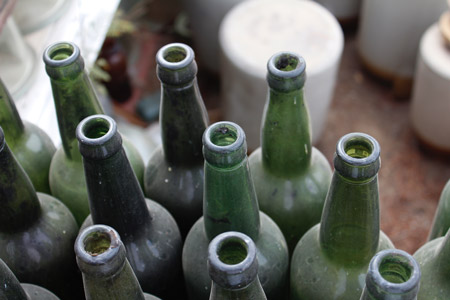 Two drinking practices were established that still exist today. One is “shouting” in which each person in turn buys a round of drinks for the whole group; and the other, “work and bust”, is a prolonged drunken spree following a long period of hard work in the bush. This is basically an earlier term for the contemporary notion of binge drinking, and can be seen in the “Mad Monday” celebrations at the end of a football season.

But other factors were also at play. For a time, spirits were used in barter and convicts were part-paid in rum. In this way, rum became a currency of the colony - hence the term “a rum state”. The control of alcohol gave enormous political power. And alcohol was reportedly involved in the only military coup in Australia - the Rum rebellion in 1808.

Over the years, there have been many different social meanings of alcohol. In Australia and elsewhere, wine, brandy, beer and stout have been seen as good dietary supplements for invalids. Alcohol was once seen as a good, healthy food, as Lewis notes that it has been consumed as a sacrament, a toast, a fortifier, a sedative, a thirst-quencher, and a symbol of sophistication.

Temperance organisations sprang up in the early 19th century, and became active in Australian colonies from 1830s. They initially advocated moderation and would eventually demand prohibition. They were affiliated with Christian churches, and seen as a middle-class reaction to an upsurge in lower-class drinking of spirits, which was due to more industrialised production of distilled spirits, and the fear of the working class being more dangerous when drunk.

The highpoint of the temperance movement came during World War I and the Depression, when consumption went down dramatically across the English-speaking world. But after World War II, there was a backlash against the anti-alcohol movement. Drinking rates began to climb again along with growing prosperity and cultural shifts such as the changing role of women, and European immigration shaped the way we drank.

“Civilised” drinking – drinking with food and in moderation – became the norm. Wine became a much more popular drink by the 1960s and Australia invented the wine cask. A significant change occurred in Victoria in the 1980s with the Niewenhausen report, which promoted the liberalisation of licencing in Victoria. This was taken so keenly by successive Victorian governments that, on average, two new liquor licences were granted every day from 20 years from 1986.

But as large alcohol manufacturers increased their range of products, ramped up the amount they were producing, upped the sophistication and diversification of their advertising and allied themselves with major sports and the major media outlets, civilised drinking has not remained the norm for a sizeable proportion of the population. In the last two decades, binge drinking has again become fashionable.

And the harm these drinkers inflict on themselves and on a large proportion of the community is preventable.

It doesn’t have to be this way. History shows us that overall average rates of alcohol consumption in Australia can change quite dramatically over time, and that drinking practices are highly modifiable.