How to be supportive when a friend is giving up booze

Since I hung up the wine glass almost a year ago, I've been perplexed at how weirdly defensive or combative people can be when they're told someone they know isn't drinking.

Personally, I've been lucky this year: I have supportive friends who, once they recovered from their initial surprise, accepted my decision without blinking and now shout me sparkling waters instead of wine — probably relieved I'm a much cheaper date.

While I've submitted politely to many questions about why and for how long, not once this year have I been made to feel I'm boring or uncool because I no longer drink.

Unfortunately, that's not the case for everyone.

I asked women in a private online group, set up to offer peer support to alcohol quitters in Australia, to share stories (with their permission) about how friends and family reacted to their decision. And it's not a great picture.

I also got some expert tips and advice from those who have felt supported about how to get the supportive-friend gig right.

'I felt guilty I was making them uncomfortable'

Nikki, 46, reeled off about 20 unhelpful — and familiar for many — comments from friends and family including:

Unsurprisingly, the comments made her feel alone and unsupported. Under pressure and anxious, feeling vulnerable and weak, she found it easier to stay home than go out.

Finally, after more than four months sober she caved in to drinks with her parents just so they would "ease up on the lectures" and it "just opened the gate" to more drinking with friends.

"They made me question why I was doing what I was doing," she says. "I would ask myself: Am I not funny sober? Is my company boring without a drink? Am I being stupid, do I need to find new friends, why am I doing this?

"It made me feel guilty I was making them feel bad and uncomfortable."

When she started drinking again, her friends and family "breathed a sigh of relief" — but then the "beast returned" and her drinking has crept back up to problematic levels.

Karen, 44, has been living "AF" (alcohol free) since May and has found people similarly awkward.

At a friend's birthday party, she was offered prosecco even though she brought her own AF alternative; while painting with friends one night everyone's wine glasses were refilled while she had to make her own cup of tea: "I felt like a second-class citizen," she says.

'I don't trust someone that doesn't drink'

Nicole, 41, says it "stung" and felt "hurtful and maddening" when a long-time friend told her "I don't trust someone that doesn't drink" twice on a night out after she quit.

"It's stuck in my head ever since," she says. "It's particularly confusing to me that he said it in front of his wife (one of my best friends) who has her own battle with alcohol and has been hospitalised a few times for alcohol-related illness."

Her own partner had told her it "changed the whole dynamic of our relationship" and friends had asked how she survived being a mum without it. 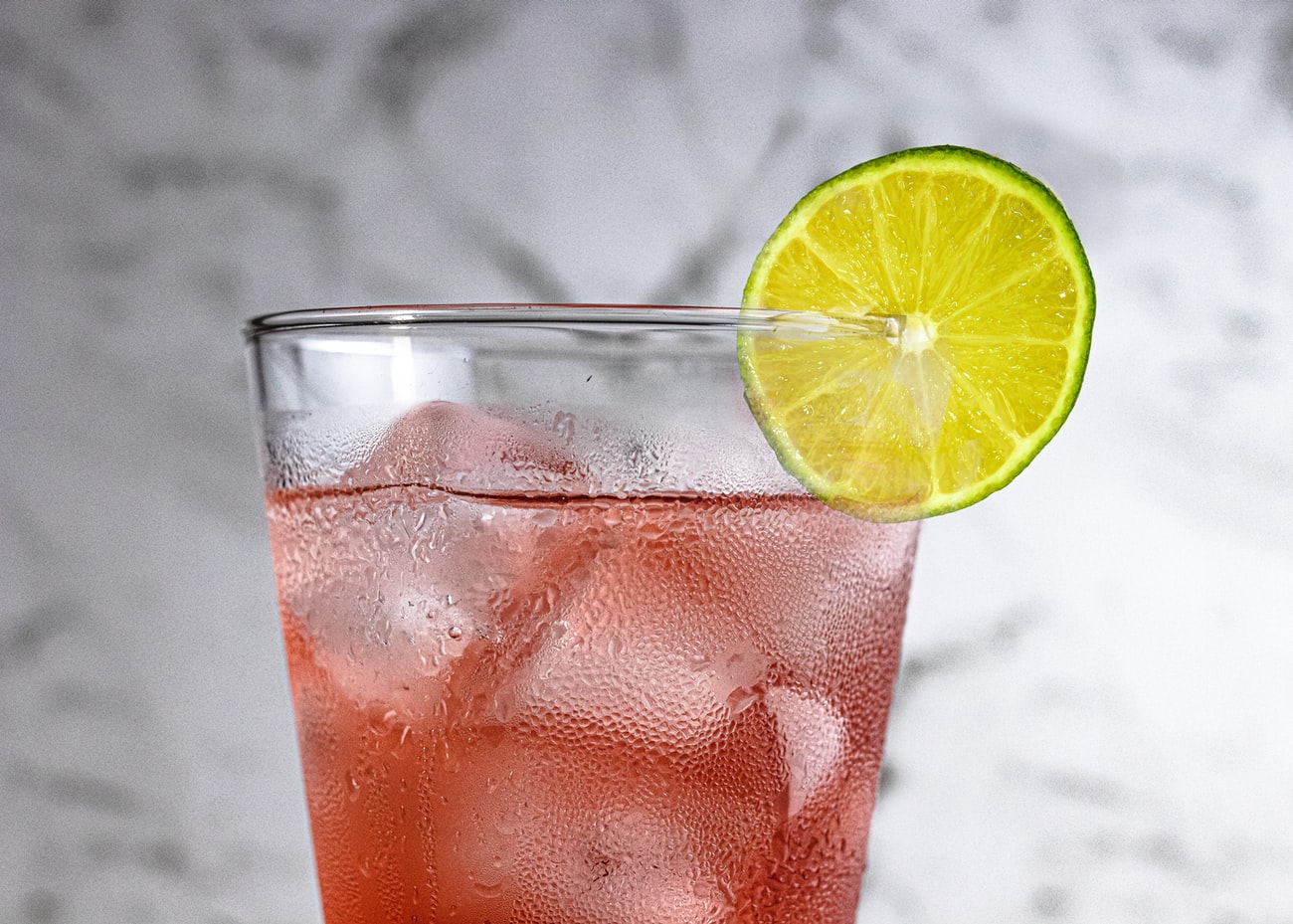 Alcohol and Drug Foundation spokesperson Melinda Lucas says such comments are "disappointing and concerning", but due to Australia's deeply entrenched alcohol culture, not uncommon.

Ms Lucas says for some people, hearing that their friend, family member or colleague has cut back or stopped drinking can make them think about their own relationship with alcohol, which can be uncomfortable.

The person on the receiving end of their negative response might feel socially isolated and question their relationships, or it could affect their self-esteem, mental health, relationships and, ultimately, stop them from reaching out for support, she says.

At worst, it could lead them to consume alcohol when they don't actually want to, causing shame and unhappiness and derailing their health goals.

"Given the strong and consistent evidence around the harmful impacts of alcohol, as a society we should be supportive of people wanting to cut back or stop consuming alcohol," she says.

So how to be more supportive?

Ms Lucas says when someone makes the decision to change their drinking patterns, it's important others respect and accept their decision instead of making it more challenging.

"This may include planning alcohol-alternative socialising activities; for example, catching up for a coffee, cooking, watching a movie or exercising," she says.

Briony Leo, psychologist and health coach at Hello Sunday Morning, says changing behaviour is tough and motivation and success is often contingent on such support from those around us.

Things like family barbecues or work functions — where drinking to excess is part of the culture and not participating in usual rituals is seen as an act of rebellion or aggression — can be a challenge for the non-drinker, she says.

"A person who decides not to drink might end up inadvertently challenging those cultural norms — when really all they were trying to do was to make some individual changes rather than make a statement," she says.

Ms Leo says not offering your friend a drink and making sure there are alcohol-free drinks available can be helpful.

"Things that probably don't help are constantly offering them a drink, asking them repeatedly if they have changed their minds, debating with them the merits of drinking versus not drinking, and keeping a lot of alcohol around or in sight," she says.

Nikki has found such support from some friends, who changed dinner dates to breakfasts or asked her on walks instead of out for drinks.

"Friends who did support me commented on how good I looked, how much weight I had lost, how clear my skin and eyes were," she says.

"They told me how amazing I was — what a wonderful thing I was doing for myself and the example I was setting for my children.

"They gave me encouragement when I was out: they bought me mocktails, they listened, they offered advice, they asked what they could do to help, they asked about how I was feeling.

"They were impressed with my strength. They told me not to give up."

'Just being included and accepted is huge'

Back to attempting moderation now, Nikki is in the process of trying to get other friends and family who commented negatively to understand why she quit, and to recognise how their own issues with alcohol may have affected their attitude to hers.

"My parents have halved their alcohol consumption … I had the courage to tell them how they made me feel when they put that pressure on [and] I also shed light on our family's issue of alcohol dependency," she says.

"They then felt terrible and said they would never be like that again."

Karen says when her brother-in-law noticed she wasn't drinking on a family holiday, he made a point of asking if she wanted any AF drinks brought back when he did a beer run.

"When a friend offered me wine and I told her I still was AF and she said 'Good for you!': Just being included and accepted as AF is huge," she says.

Clare, 44, says her accepting friends, discovering through online communities that she wasn't alone, and an "amazingly supportive" husband who abstained for months and stopped drinking around her were helpful for her.

She's gone from someone who often blacked out after drinking at least a bottle a night for the past six years to being completely sober.

"It has taken a lot of effort, tears, food, and dealing with a whole host of emotions that I had escaped and numbed for years, and it's an ongoing process," she says. "But I know being AF is the best thing I've ever done."

'Friendships will still be there'

If you're a drinker tempted to give your newly sober friend a hard time, consider first just what a positive choice they have made.

Ms Lucas points out that cutting back on alcohol can reduce a person's risk of injuries, accidents and developing chronic diseases like cancer, as well as improving things like relationships, health and finances.

And Ms Leo says normally, when someone quits alcohol, they become "happier and more fulfilled".

"When we think about it, we do want our loved ones to be as happy and healthy as possible — so the last thing we want to do is to stand in the way of them making a change like this, which is likely to have positive effects on their physical and mental health."

This article was originally published on ABC Life. Read the original article.