22-year-old animal lover, Maddison Walker’s dream, is to become a Zookeeper, and a blood cancer diagnosis isn’t getting in her way

In July 2019, Maddison Walker was on her way to achieving her dream job — becoming a Zookeeper. After moving to QLD six months earlier, Maddison and her mother were both settling into their new life in the Sunshine State.

“I was still looking for work in QLD as we had only been there six months. I have always been very passionate about animals. I spent a lot of days at home with my pets, taking my dogs to the park, and spending time with family and my partner at the time.”

Maddison didn’t know what was coming next would change her life forever.

“I have hypothyroidism and regularly get my blood tested to check the levels, so after one of my routine tests, I got a call from my GP asking me to come in urgently, and that’s when I received the crushing news that I had blood cancer.”

“I was diagnosed with acute lymphoblastic leukaemia (ALL) on the 1st of August 2019. After I was diagnosed, I was quite numb. My mum and boyfriend at the time were with me in the room, and my mum just burst into tears. I was just overwhelmed and scared.” 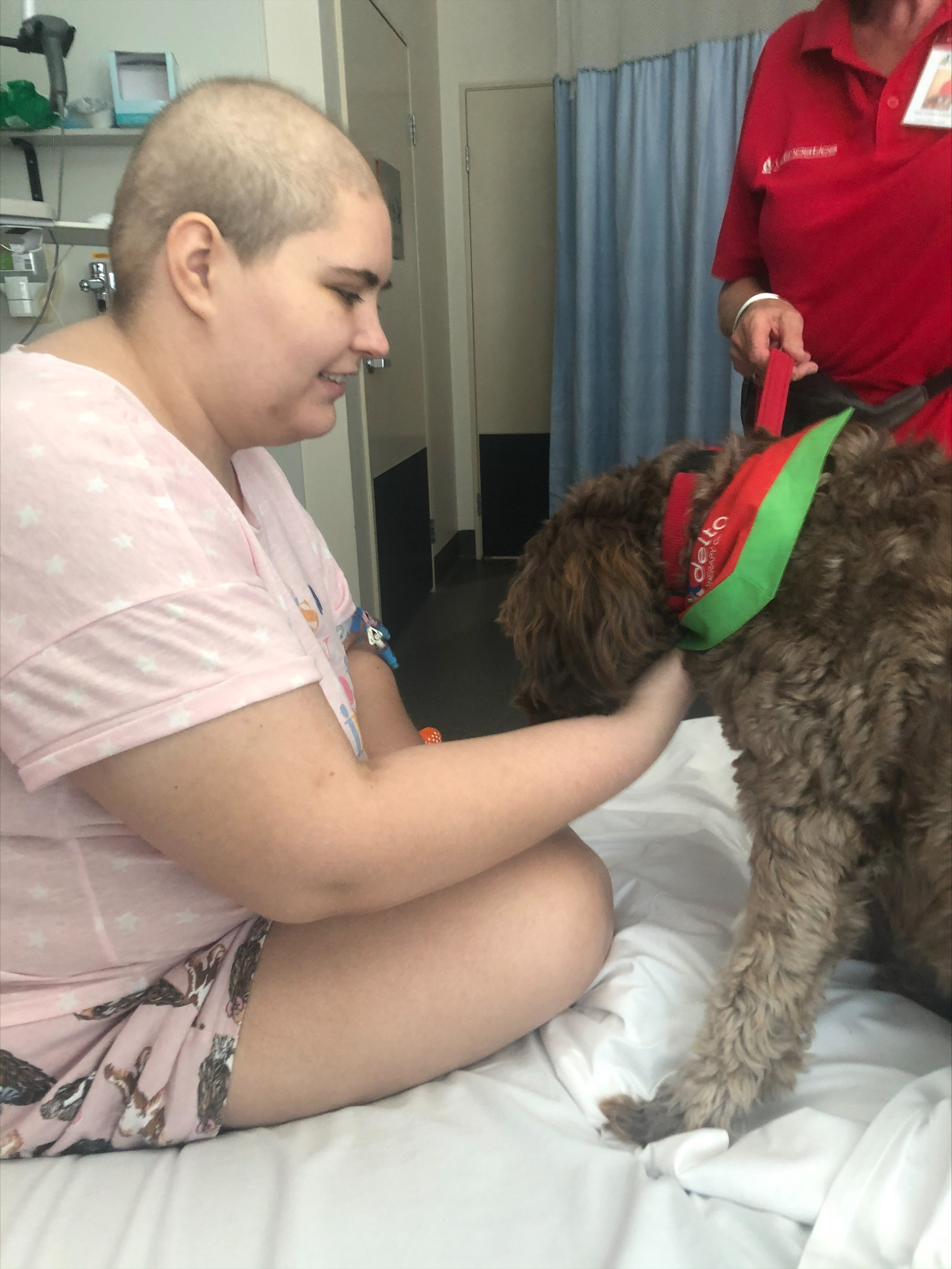 Maddison’s treatment started as suddenly as her cancer appeared. After weeks of intense chemotherapy, she was facing devastating side effects.

“Different chemo drugs affected me differently. One really damaged my liver and made me very yellow, which the doctors decided eventually to cease. Another oral chemo made me violently ill”

“The biggest effect on me would have to be that the chemo (and radiation from my transplant specifically) caused me to become infertile.”

“To a 20-year-old girl who'd always dreamt of becoming a mother, it was shocking knowing that I would never be able to carry my own child. This is still one of the most upsetting consequences to come from my treatment.”

Thankfully, Maddison was not alone in her journey.

She received assistance from the Leukaemia Foundation’s nationwide team of Blood Cancer Support Coordinators during her treatment.

“Because I couldn’t work, and my mum, who was my carer at the time, had to give up work whilst l was on treatment, they helped us out a lot with our finances. We struggled to pay for basic things like groceries, bills, petrol and registration, and they were able to step in.”

“I had a Blood Cancer Support Coordinator who was always available when I needed something. They always tried to help in any way they could, they always checked in and offered assistance, and it was just nice to feel supported whilst I had other things to focus on.”

“They would write letters if I needed something (like a recommendation or reference for an application). They were really knowledgeable with resources and helped me with medical information for my treatment.

They were always there for myself and my mum.” 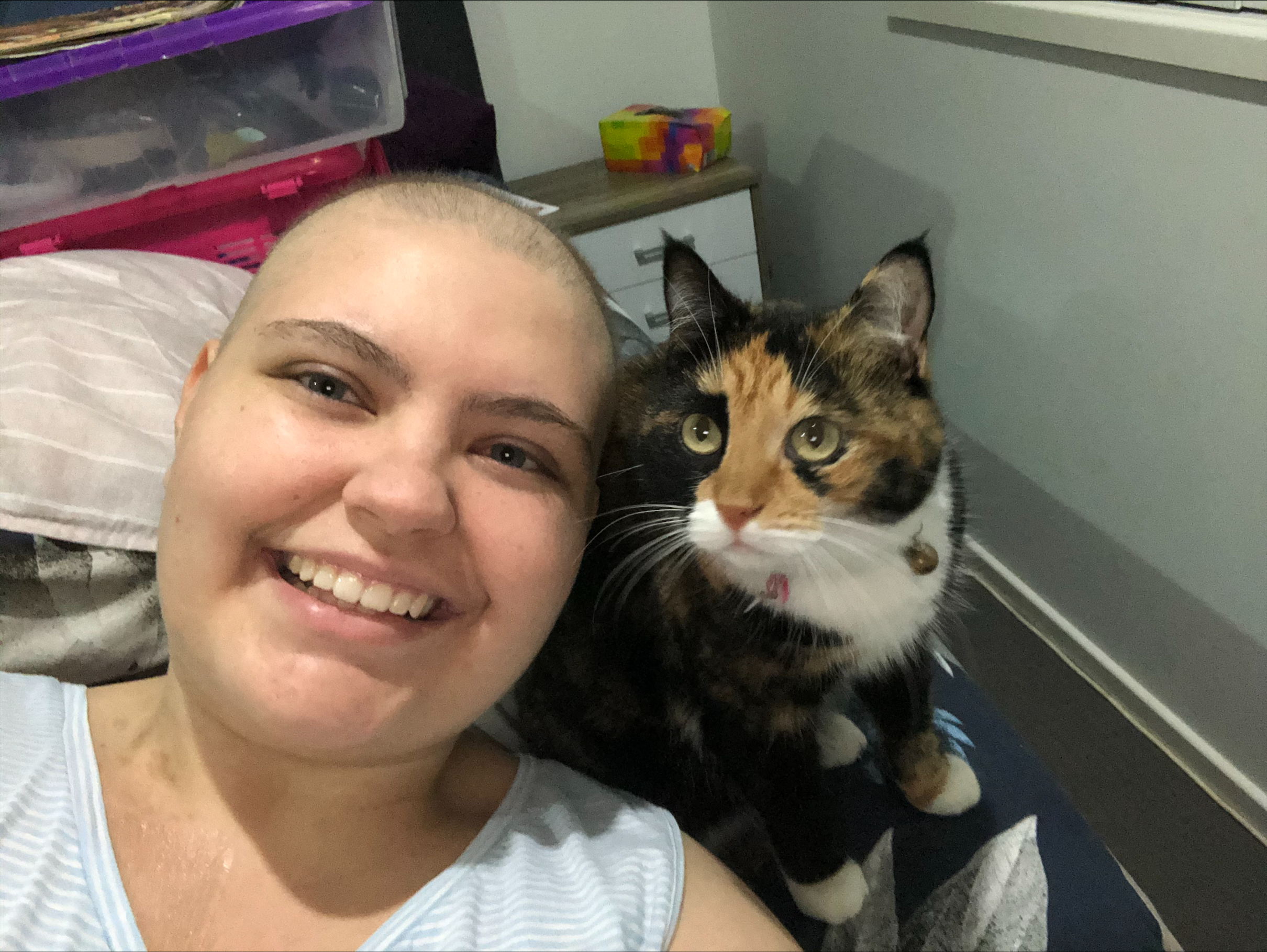 After enduring a stem cell transplant in May 2020, Maddison is currently in remission and is looking forward to her future.

“I completed my Cert II in Animal Studies in December last year, and I have applied for my Cert III in exhibited animals for this year, so hopefully, I am accepted into that soon! I am very career focused right now, and I am tunnel-visioned to becoming a zookeeper, so that's what I am hoping to achieve.”